To get in touch, please use my online form or

I was inspired to create this series (a total of 30 oil paintings) of architectural landmarks from the early 1900s, when I traveled to Haiti back in 1991. While I was in Port-au Prince, I came upon the ruins of the two hundred year old cathedral that had been burned down in the wake of political unrest. All I could think of was the great loss. In that moment, I wanted to capture the beauty of the Gingerbread houses because I knew that one day they, too, would be destroyed.

While a few of these homes are still standing, most of them were unable to withstand the devastating January 2010 earthquake. This series also aims to honor the Haitian architects who contributed greatly: Georges Baussan, Leon Mathon, Eugene Maximilien, Daniel Brun, Louis Etheart, and Ingenieur Louis Roy. 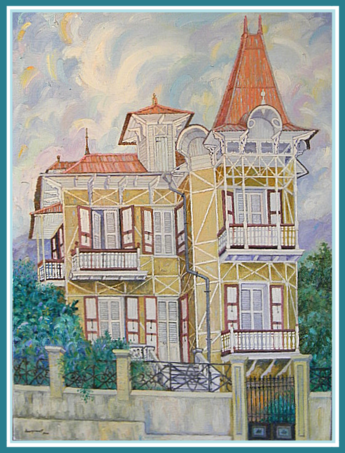 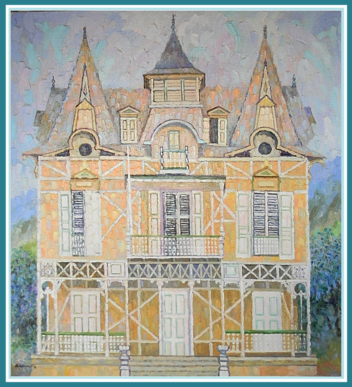 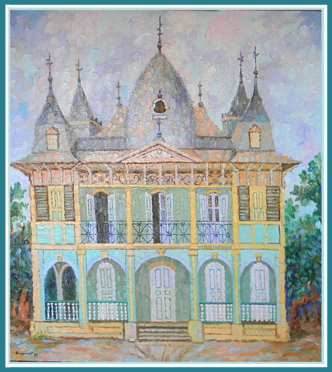 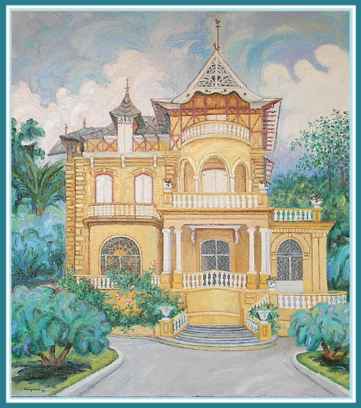 Also included in the series are other significant landmarks of Haitian history.